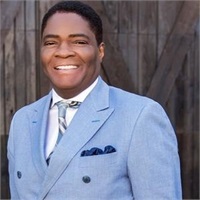 With US stocks marking eight years in a bull market, some investors are holding back, thinking a correction is due any day. But this may not be the right time to sit on the sidelines, according to Van Washington, an investment manager with 20 years of experience on Wall Street.

“Regardless of your political views, the Trump economic plan could be a boon to the country,” said Washington, whose investment management tenure includes work for JP Morgan, Edward Jones, and Morgan Stanley. “On the other hand, there are risks that could have this market reverse itself quickly.”

The President’s talk of trade protectionism and immigration reform, the risk of Trump’s economic agenda not being enacted as law, and the fact that this is the second longest bull market in American history – all lend themselves to caution. Yet, Washington said, there will be opportunities as well.

“A lot of people are skittish, afraid they’ve missed the run,” he said. “The market is probably due for a correction, but that’s not such a bad thing. It will probably have to pull back before it can move significantly higher.”

Washington helps his clients explore investments including ‘alternative investments’ that are non-correlated to the market, such as commercial real estate and private equity. Those areas, he said, have paid off quite handsomely for clients who invested.

A native New Yorker, Washington studied at City University of New York and Harvard University. When he started on Wall Street at JP Morgan, Washington worked in global trade settlement. He wanted the advantage of that background knowledge before moving into investment management. He was then hired by Edward Jones and later recruited by Morgan Stanley.

While Washington makes his home in Plano, he returns to New York to participate in the Private Equity and Venture Capital Deal Camp at Columbia Business School Executive Education Program. What he likes best about his career, is working closely with clients.

“I love what do, and I have never lost a client due to a bad investment,” Washington said. “Retirees sometimes have no idea where to start in terms of finding an investment manager to work with. I have a very close relationship with my clients. We talk monthly or quarterly in most cases to review accounts, strategize, and plan for the future.”

Giving Back to the Community

Together with his longtime friend, Jerrold Erves, Washington started a foundation to provide scholarships to academically gifted, underprivileged students in New York and Texas. The Washington Erves Foundation is committed to investing in the future of bright, deserving students by removing financial barriers to college education.

The 2014 White House report, “Increasing College Opportunity for Low-Income Students,” found that half of all people from high-income families have a bachelor’s degree by age 25, while just one in ten people do from low-income families. Washington and Erves aim to help those who need funding to pursue their dreams.

Through Washington Capital Advisors, Washington also provides venture capital for tech startups with the goal of funding groups who are often left out of Silicon Valley. “When you look at the statistical information about who works in Silicon Valley, the numbers are paltry for minorities and women,” Washington said. “We want to be that conduit for those groups to have opportunities in technology.”