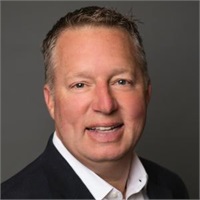 After a lengthy corporate career in the financial services industry, beginning in 1992, Steve decided to follow his dream of building a company focused not on corporate initiatives and shareholder goals, but around select financial advisors and their clients. With all of the turmoil surrounding the financial services industry, the need to be affiliated with an organization that offered an open investment platform became imperative. Steve’s experience as an advisor, manager and leader provided a different perspective, allowing him to see the need to offer advisors and clients something unique in the industry. Along with partners Craig Freund and Jonathan Holmes, Steve formed UPSTREAM Investment Partners on January 2nd, 2010.

Steve grew up in Okemos, Michigan and attended Michigan State University where he graduated with a degree in Financial Administration. While attending MSU, Steve was a three-year starter on the varsity soccer team and was named Academic All-Big 10 as a senior. After graduating, he moved to Atlanta, Georgia and began his career in the financial services industry with Olde Discount Stockbrokers. Steve quickly grew his personal practice and became a producing manager in 1994. After successfully growing the Atlanta district, Steve was promoted to Regional Director of the Southeast in 1998. Following a merger with H&R Block Financial Advisors the company decided to focus on growing the Northeast and moved Steve and his family to Boston, MA. There he led a historically underperforming region to the top three in terms of production, asset growth and number of advisors. In 2001, Steve had the opportunity to move back home to Michigan and lead the largest region in the company. While in Michigan, Steve led over 130 advisors who oversaw $4.8 Billion in customer assets. He once again earned the title of Elite Regional Director and was listed in Crain’s Detroit Business Magazine as the #1 “Largest Money Managers” in Michigan.

Steve currently holds the FINRA Series 4, 7, 8 (9&10), 24, 31, 63 and 65 licenses. He is also licensed and qualified in Accident and Health, Life insurance and Variable Annuities through the state of Michigan. Steve achieved his Accredited Asset Management Specialist (AAMS)® designation in 2009 and became an Accredited Investment Fiduciary (AIF)® in 2016.

Steve and his wife Vicki live in Okemos and have four children; Jack, Anna, Julia and Mitch. Steve is active in mentoring, professional speaking, golfing, fishing, hunting, and reading. When not working throughout the Lower Peninsula, Steve and his family can be found at their cabin in Brimley, Michigan.