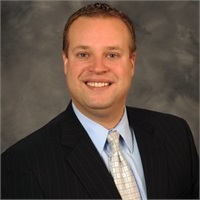 Nick has been in the financial industry since 2001 first as a Future’s Trader and then as a Financial advisor in 2005. In 2006 he joined his father and they then became a father-son team. With his father retiring in 2015, Nick maintains the level of care and personal attention to all the clients his father and he once shared.

Nick was raised in Glen Ellyn, IL. He went on to Murray State University in Murray Kentucky where he received a scholarship to play golf. He graduated with a B.S. with an emphasis in Business Administration. He received his AAMS® in 2005 and his AIF® in 2015.

Nick and his wife Sheri live in Elmhurst where they are raising their twins, Evan and Emmi. Nick enjoys time with his family, and watching his children grow and thrive in school, sporting events, baseball, golf, and gymnastics. He is truly a proud father of two wonderful children who keep him laughing. Nick remains an avid golfer, playing whenever he gets the chance, as well as volunteering his time alongside his wife at their church.