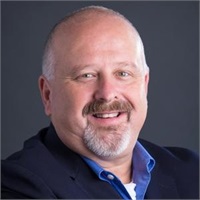 Clint is a Wealth Manager for the Greater Austin area. Clint formally joined the financial services industry in 2006; previously he worked in executive positions in the corporate realm where he managed teams of up to 70 people. Additionally, he served on executive panels overseeing the 401k plans for private companies in excess of $300 Million.

Clint graduated from Baylor University with a BBA in both Finance and Real Estate Finance with minor emphasis in Accounting and Statistics. He has received numerous awards from the companies where he has worked including the United States Treasury Department where he was a Bank Examiner.

Clint works closely in his community including serving as a founding member of Watch D.O.G.S. (Dads of Great Students) at Round Rock Christian Academy to get fathers involved in their children’s school. He has also served on the planning committee for the American Diabetes Association; is active with the Austin Chamber of Commerce; serves on the Operations Team for Central Baptist of Round Rock. His wife Cindy and his four children are a focus of his time and love.