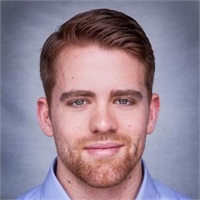 When I was growing up, I, like most of my peers, never really knew what I wanted to do for a living. Being near the top of my class throughout grade school and high school, I had always been praised for my academic achievements. I also excelled in athletics and music performance, which I am still very passionate about today. I wanted to do so many different things, yet I ultimately decided to pursue an engineering degree.

For many reasons, engineering seemed to be the “safest” and most logical route. After all, I had always been gifted in math and science, loved solving problems, and I knew that engineering would provide good, steady income and job security. So that’s what I did. I attended Texas A&M University from 2007-2011 and graduated with a B.S. in mechanical engineering.

After graduation, I worked for four years as a design engineer for a small firm in North Texas, where I wore many different hats. I would meet clients, develop concepts and prototypes for projects ranging from independent inventor “start-ups” to large-scale industrial rigging equipment, perform product testing, stress analysis, and even create/manage quotes for multiple projects. After a couple years it became clear that I wanted more for myself out of my career. I wanted more responsibility; I wanted to own my own business; I wanted to become an entrepreneur. For the last year of my employment, I met with several potential business partners about different opportunities. I contemplated opening up a fitness facility, earning my Professional Engineering (P.E.) license and starting my own design firm, and even going into business with a T-shirt design company. I knew that I wanted to become independent, but again I found myself asking the same question: “what do I want to do?”

As fate would have it, in early 2016 my father, Greg Blair, approached me about going into business with him as a financial advisor with Upstream Investment Partners. He knew that I had been looking for a change, and after a few weeks of discussion, I realized that this was the perfect opportunity for me to build and manage my own business, to put my reputation on the line, and to discover my true potential. So that’s what I did. I quit my job as an engineer in March 2016, and by January 2017 I had earned my Series 7 and 66 securities licenses.

My experience as an engineer was certainly challenging and stimulating, but I found that the most rewarding part of the job was meeting the clients and helping them realize their goals and visions. It is for this reason that becoming a financial advisor has been such a good fit. Sure the numbers and the analytics play to my strengths, but the passion lies in the lives of those who I help everyday.